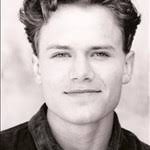 All packed up - books and candles and all - just need to pack an overnight bag in the am. Daniel and Mary invited us to stay at their house in Amarillo on the way there and way back they built a mansion since I've seen them last cannot wait to see it. And my niece and nephews, been missing seeing them grow up. Lucy and David and Henry. They are so grown up on social media.

The ides of March happened this week it made me think of Tommy. More good memories and he passed in 2008 but I will never forget him. He was poised to be a superstar he looked like a movie star and flamed out way too soon. Addiction and mental health issues are just like cancer. Unfortunately our society deems them flawed and their parents flawed for their struggles it's not ok. Kudos to all the good mommas and dads that are trying to help and support them it's not easy.

I had a weird breast cancer case that looked lobular and stained that way but there was a 2mm focus of clearly ductal it looked like a different cancer. Melody helped me with it and the dictation was lost but Janet found it and I managed to get it released before 5:00. The pathologist tasked with reading out the hormone receptors and the Ki-67 and the Her2 ISH when I am off next week will be super confused but hopefully my long comment helps.

S and J are picking up Aiden at the airport and I'm waiting on Taj Mahal BiteSquad. C is working at All Aboard. We won't leave for CB until around 8 so I'm hoping everyone will be comfortably packed by then. Jack had his three new friends over today and they had a Brazilian cheese bread competition - he and one of the girls - and he was frustrated that she won. Mom, he said, she used tapioca flour not yucca and her base was more watery and she put it in muffin tins but I thought mine was better. I didn't taste hers (apparently C is hoarding it) but I told him his Brazilian cheese bread wins for me every time. S saw them watching Harry Potter on the couch and told me they seemed like really good friends to J. He needs those. Hell, we all do.

Such a wonderful lunch with Valerie in the Dr. lounge she was awed and I was embarrassed (drs do not deserve free food I told her. Kind of like swag bags for celebrities. Fing ridiculous). Introduced her to the server Shay is her name and she had her 34th grandkid yesterday. I did a double take "Did you say your third or fourth?" Nope. 34th. That's kind of amazing. She showed off the Facebook pics of her newest grandkid. Valerie was incredulous and I was happy she was so sweet to Shay, she's my new favorite person. Besides Kimberly.

RIP Tommy. He's out there watching over me I just know it. Stay safe, much love, Elizabeth