At the culmination of a weekend full of debauchery I headed to my friend's mother's house in Harrison, AR for shrimp and grits and cornbread waffles with butter and syrup and chocolate waffles with local blueberry compost and cream. I have great friends. Med school and having kids derailed this. It's nice to rekindle the friendships.

Her dad died suddenly of a heart attack in March. So devastating. He was a staunch Democrat - spent his life in public service. So nice to see the pics of them attending two Clinton inaugurations and an Obama one on the wall of his well preserved office. 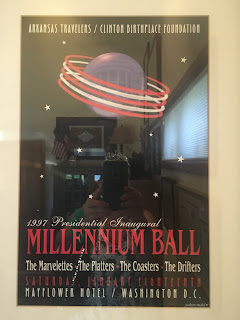 Both Hillary and Bill Clinton called to express their condolences. 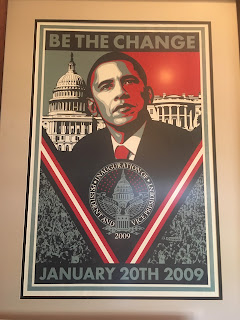 Yes this was going on in the office. While I'm indulging in hangover food. But the thing that really intrigued me was this. 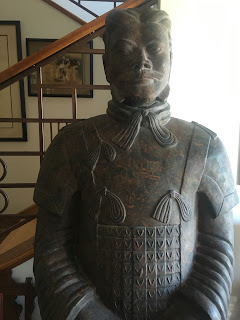 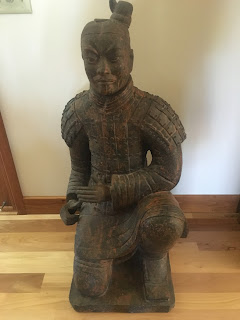 Chinese war gods, from a Chinese war god factory. Here's a factory pic. They had them shipped from China, and had to hire movers to get them into the house. 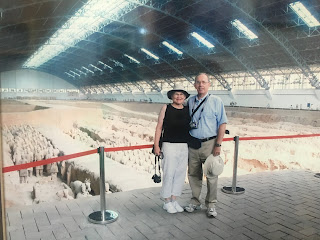 The factory belittles it, doesn't it? A little. They had a wonderful life. Although I didn't know him well, this is  a blunted testament to his soul. For Christie.