On the last leg my summer vacation trip I was re-reading an old fave - Dress You Up in Corduroy and Denim, by David Sedaris (finally a perfect fit!). I'm a big fan, even though I still at 42 years old have to look up the spelling of Corduroy - twice argh. I saw him both times when he came to Little Rock to read some of his essays. Wasn't quite brave enough to stand in the autograph line, but I imagined what I would tell him if I was and it sounded really stupid. To me anyway.

So was that his first book? I can't remember I read them so quickly. I think it was definitely short-listed for some big award. And it was really good - read in the hotel bathroom so I wouldn't disturb anyone until the wee hours of the morning addictive, leaving myself only a couple of hours of sleep before I had to catch a plane. When I finished it on the plane today I got to a part that reminded me of others, and was a little frustrated.

See, I remember one thing about my past. I had a plan. Two plans. And they were MY plans. But somehow somebody else got to enjoy those plans (I guess? Is this really happening? What really happened?), but not me. That's not fair. Am I MPD? Am I so well versed in self-loathing that this was yet another protection mechanism to propel me to this day with my sanity intact? Or is this just those darned Gods again? (having completed a cycle of traditional Freudian psychoanalysis, he has moved on to shamanic journey work and studying the cycles of the moon. Whatever is happening to him, it feels like a Gordian Knot. I guess he's got to channel Alexander the Great. He's going to untie this damn thing, or slice through it with a sword. The latter might be more satisfying).

But I diverge. I'm taking a break now from DS to read a book I've been wanting to read, edited by an Arkansas author, Erin Wood: Scars / An Anthology. It brought tears to my eyes three times in the first 40 pages, and I've already hatched a plan to e-mail her and introduce myself. Anyone who can bring this amount of intelligence and emotion into paper form is someone I want to meet. And I've got lots left to read. That makes me happy. 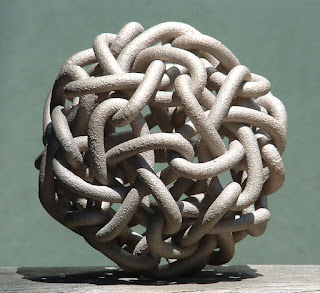