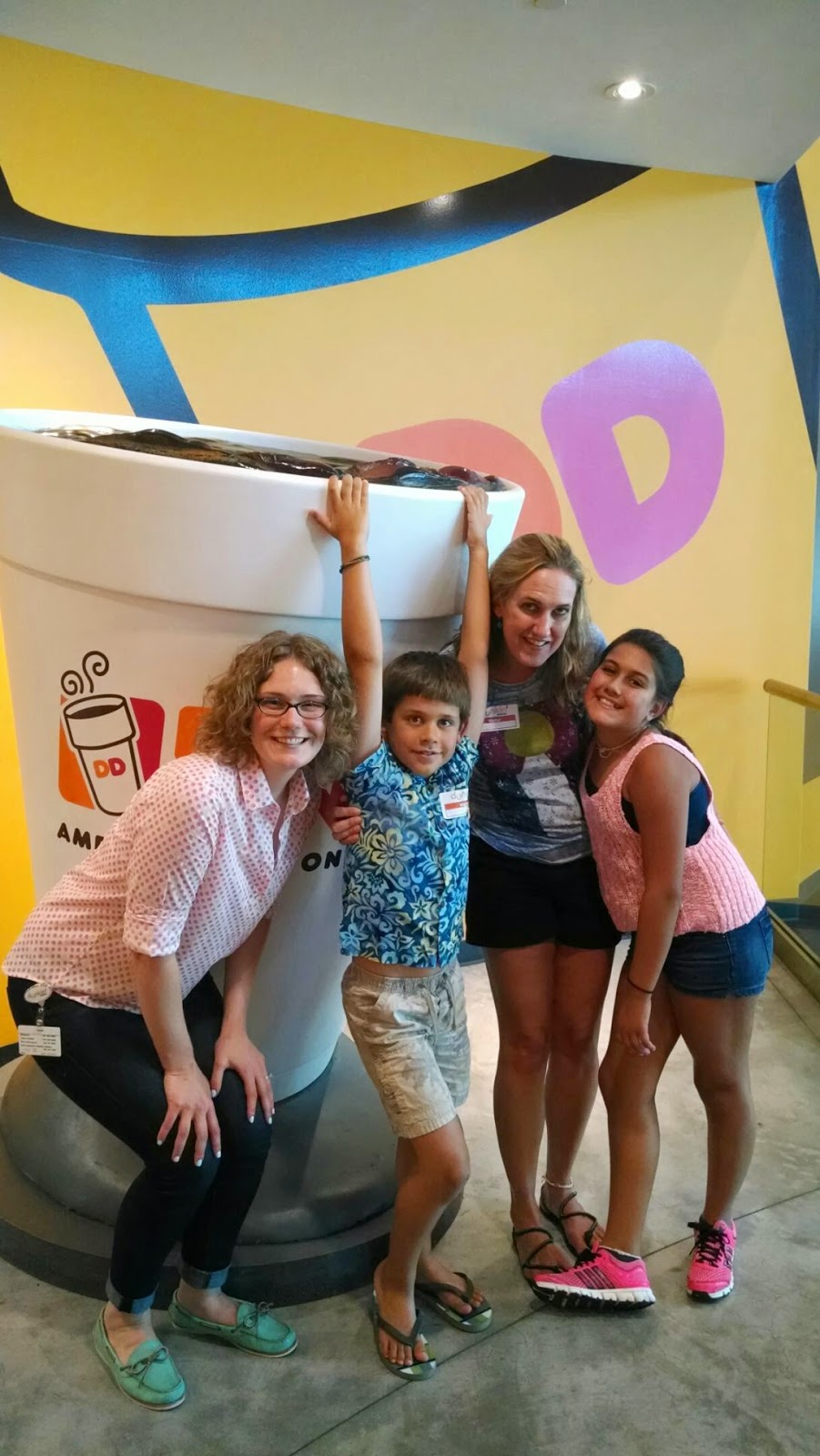 Caption: Aunt Effie, Jack, me and C. No Atlanta Uncle Chris that is not a full cup of coffee Jack is about to tip over we are in no immediate inherent danger.

My daughter wants to be two things when she grows up. An Ice Cream Scientist and a Rock Star.

Her Aunt Effie works as a food scientist for Dunkin Donuts and Baskin Robbins, so we were over the moon to visit the headquarters in Boston this summer. Last year on professional day for school, Cecelia made a cool felt ice cream cone with sprinkles to safety pin over my lab coat.

We entered the lobby and there was an ice cream station loaded with 12 or 16 different flavors. All the staff could scoop their own ice cream whenever they wanted throughout the day. Surprisingly, most of the BMI's were normal. If I worked there I think I would be a whale. Aunt Effie said, "Just like anything, you get sick of it." 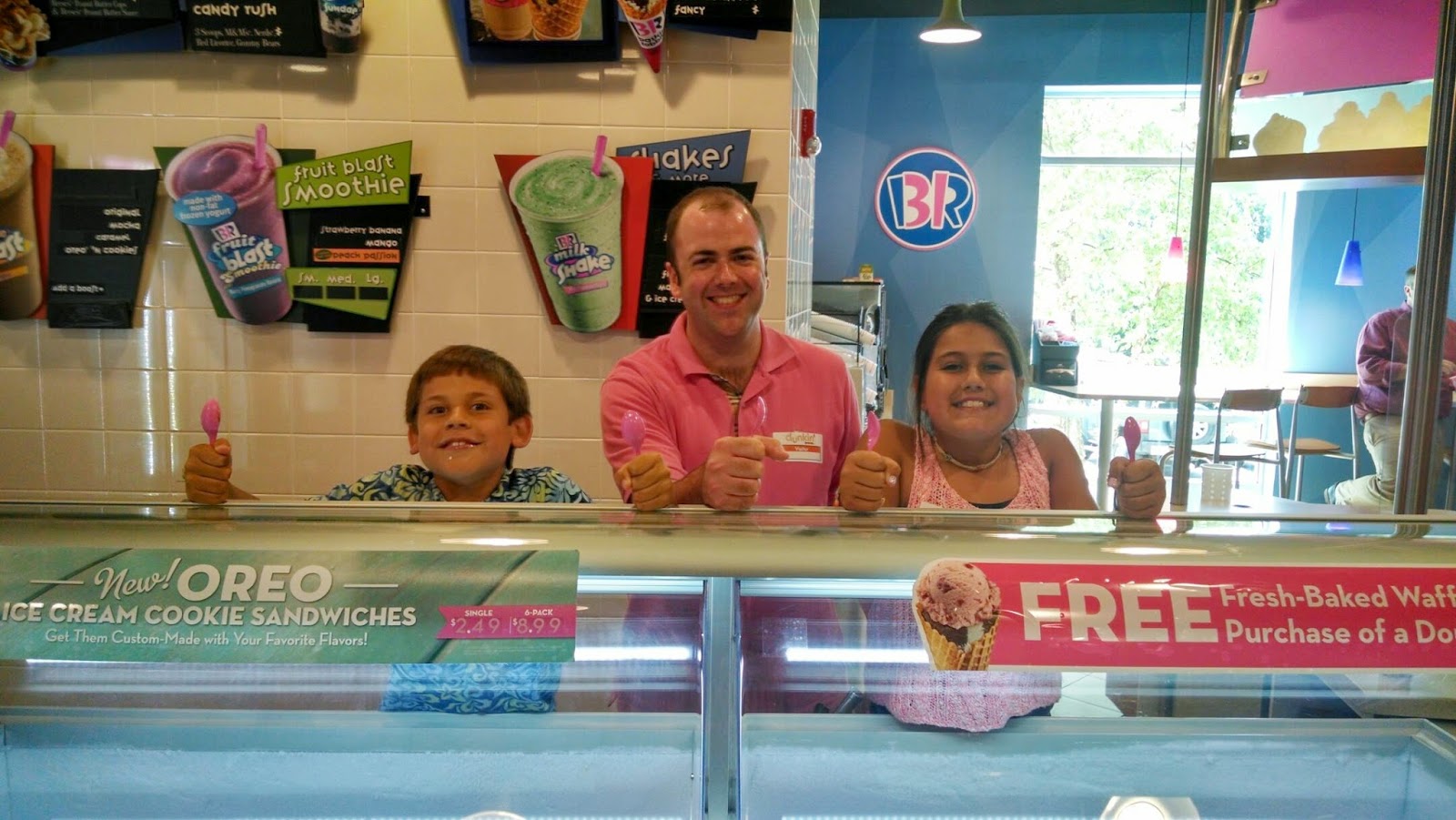 Caption: Jack, Uncle Mike and C scooping their own flavors

After getting an initial fill we headed upstairs to the staff cafeteria/Dunkin Donuts area. There were walls of coffee and donuts. I excitedly got a big coffee while Jack ate a donut - Cecelia was saving her appetite for the lab. As we walked into the lab I became nervous holding my coffee. "Do I need to set this down somewhere before we go in?" My brother laughed. "No Giz, this is not a micro lab. It's a food science lab."

We met Effie's co-worker who was perfecting a color for ice cream. We saw lots of ice cream cake prototypes and oohed and aahed. We went into a room where there were cutting edge about to be released flavors and Effie pulled out some spoons. We moaned in ecstasy and thrilled in being let in on company secrets. 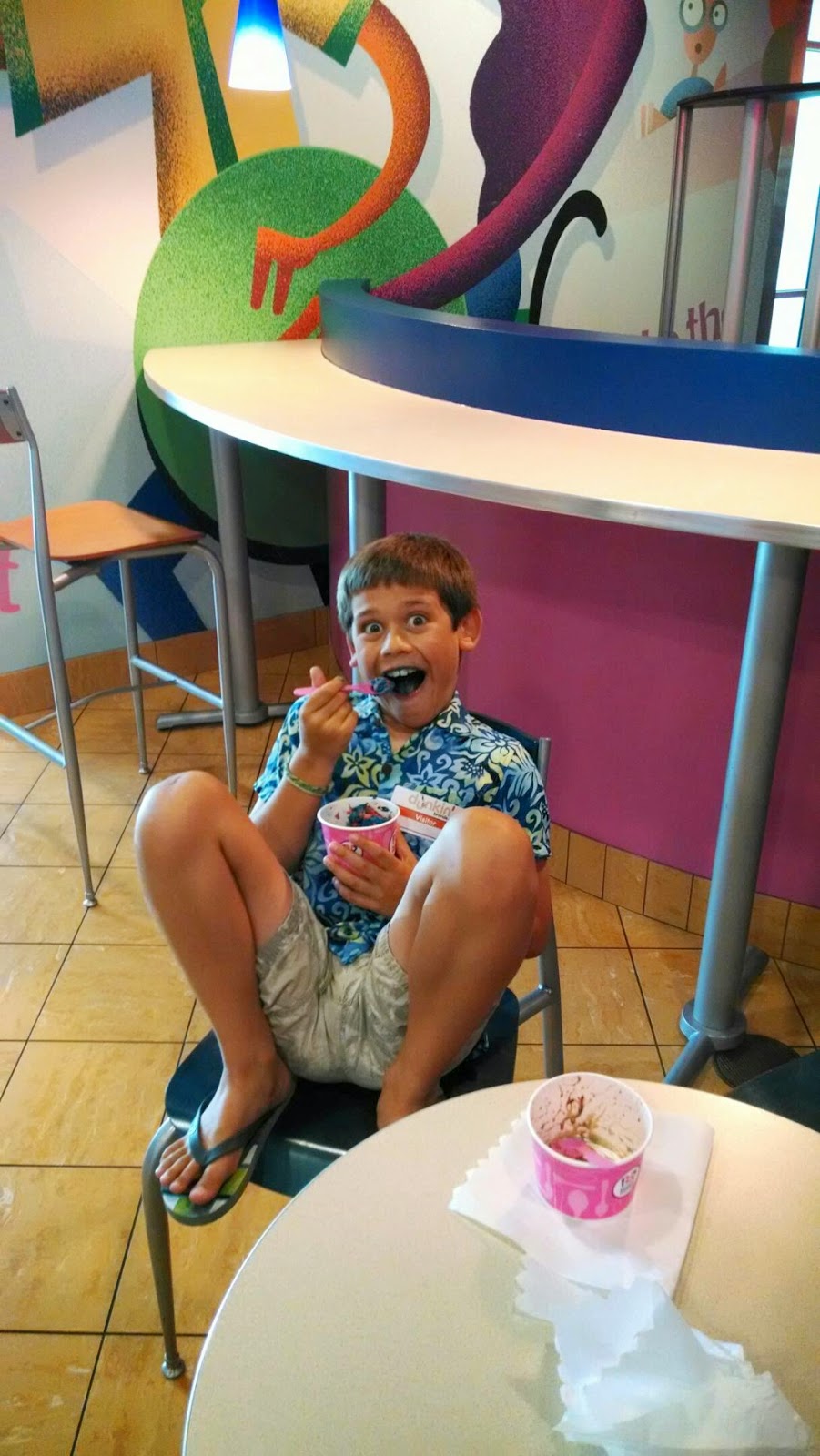 Caption: Jack in the lobby. This pic captures the ecstasy that lasted throughout the afternoon. 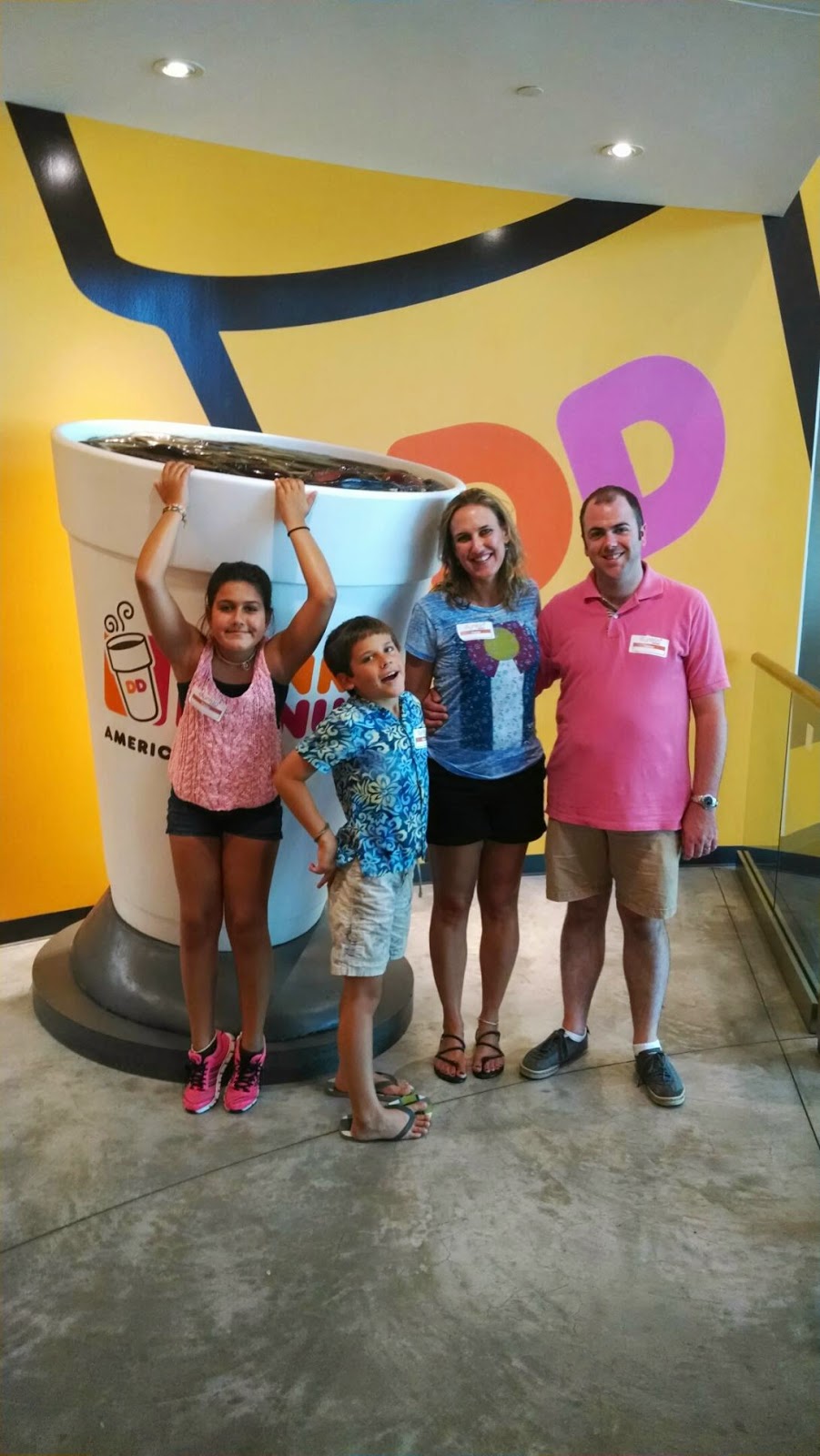 Caption: C's holding up the fort now so J can ham and me and bro can suffer the photo knowing we will look back and be glad we have the memories.

After the lab we got to see Effie's cubicle and the kids thrilled in seeing pics of themselves and playing with her desk top novelties. We went into the international distribution room - Effie introduced us and the kids expressed jealousy that they got to travel for their job. They smiled and said, "No, we handle everything from here. We work with these computers. It's your Aunt Effie who does the traveling."

She's in Japan this week.