Last night in Boston: In this contest, everyone is a winner.

First we made up ice cream company names. Effie was the judge, so she was exempt.

Then we started the creating process. 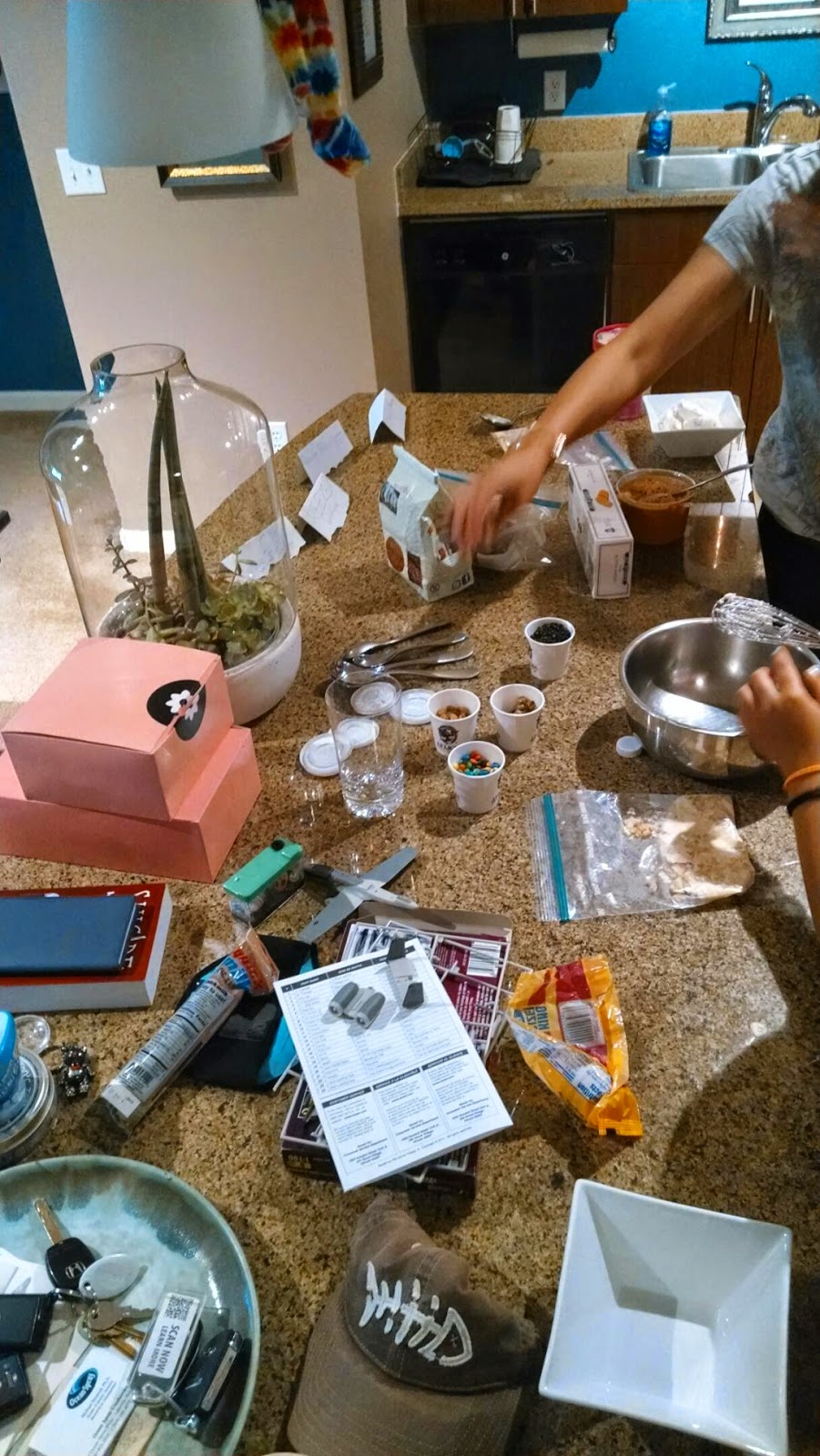 Effie brought home some new Baskin Robbins flavors from her food scientist job at their headquarters. I would tell you the names but then I'd have to kill you because they have yet to be released. No matter though, we had lots of toppings from the local ice cream store and Whole Foods to make them our own. 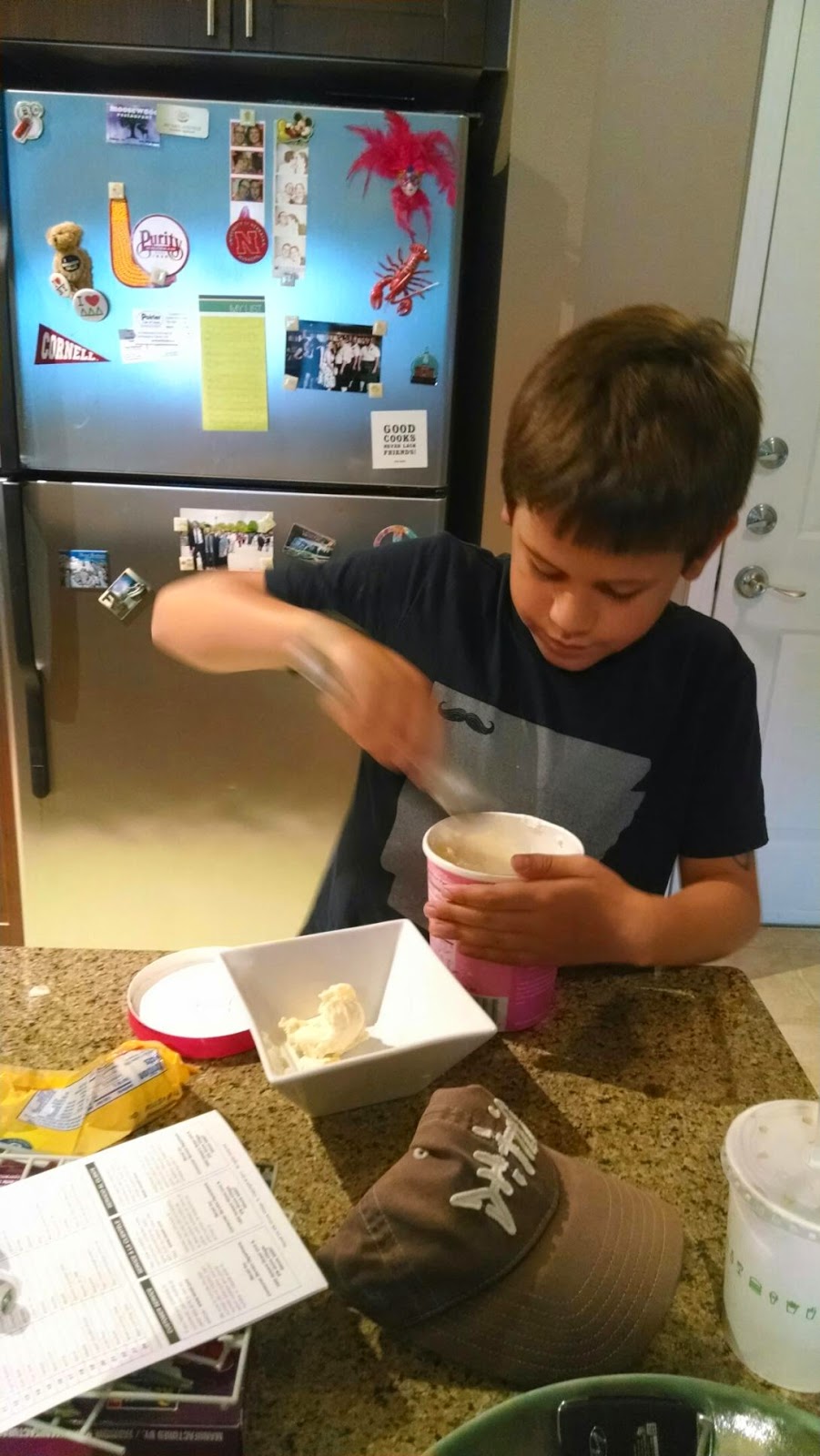 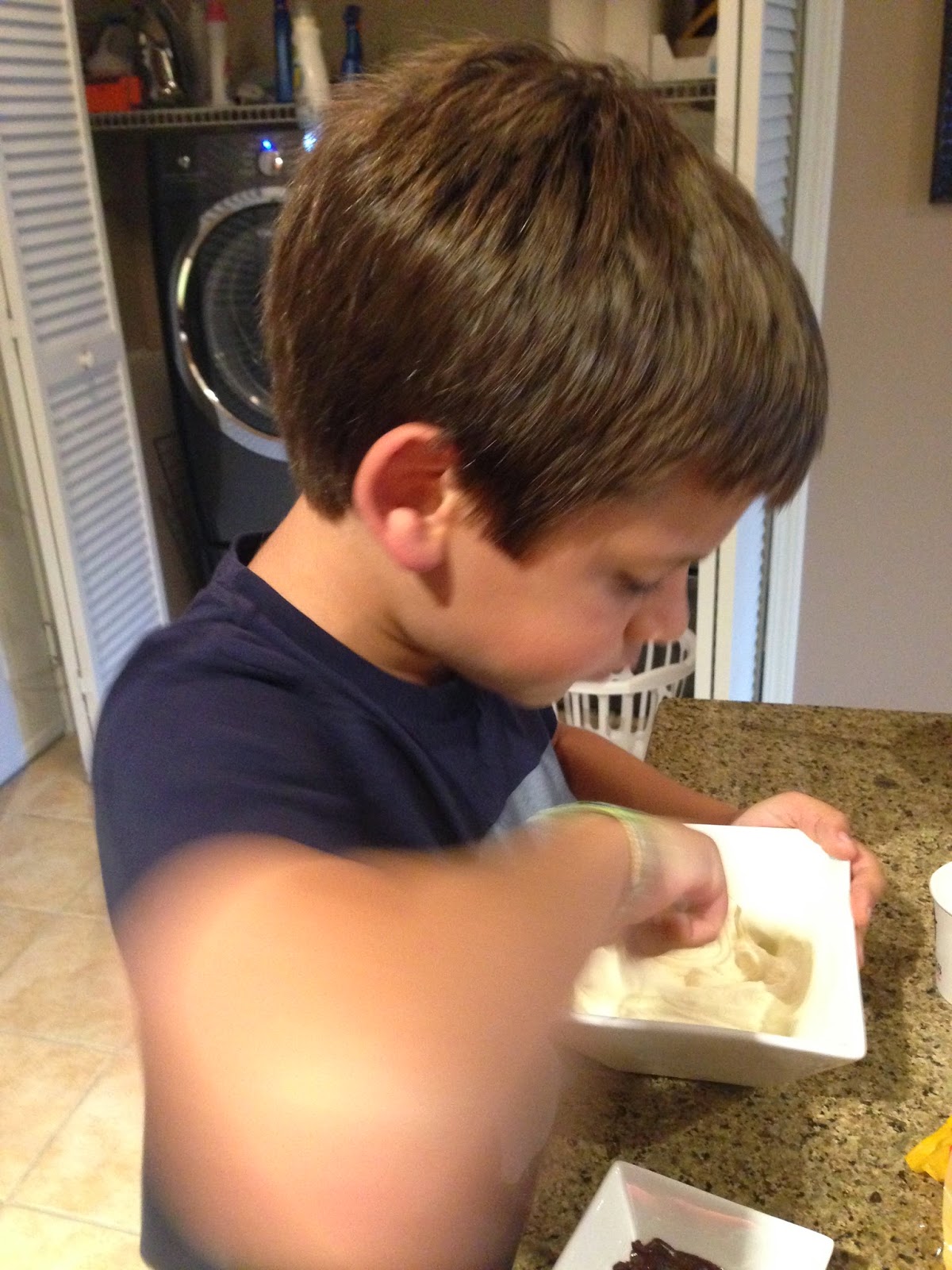 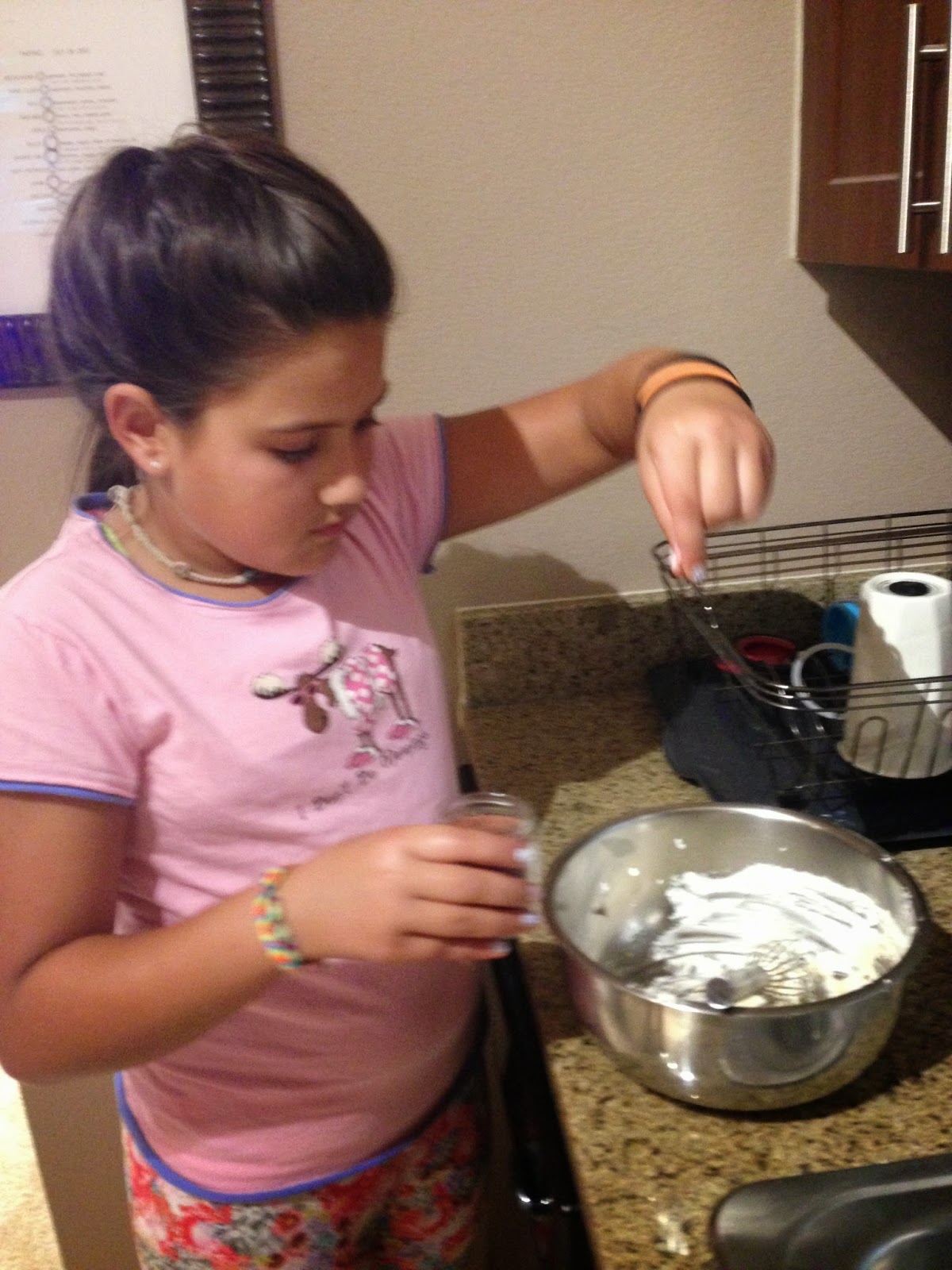 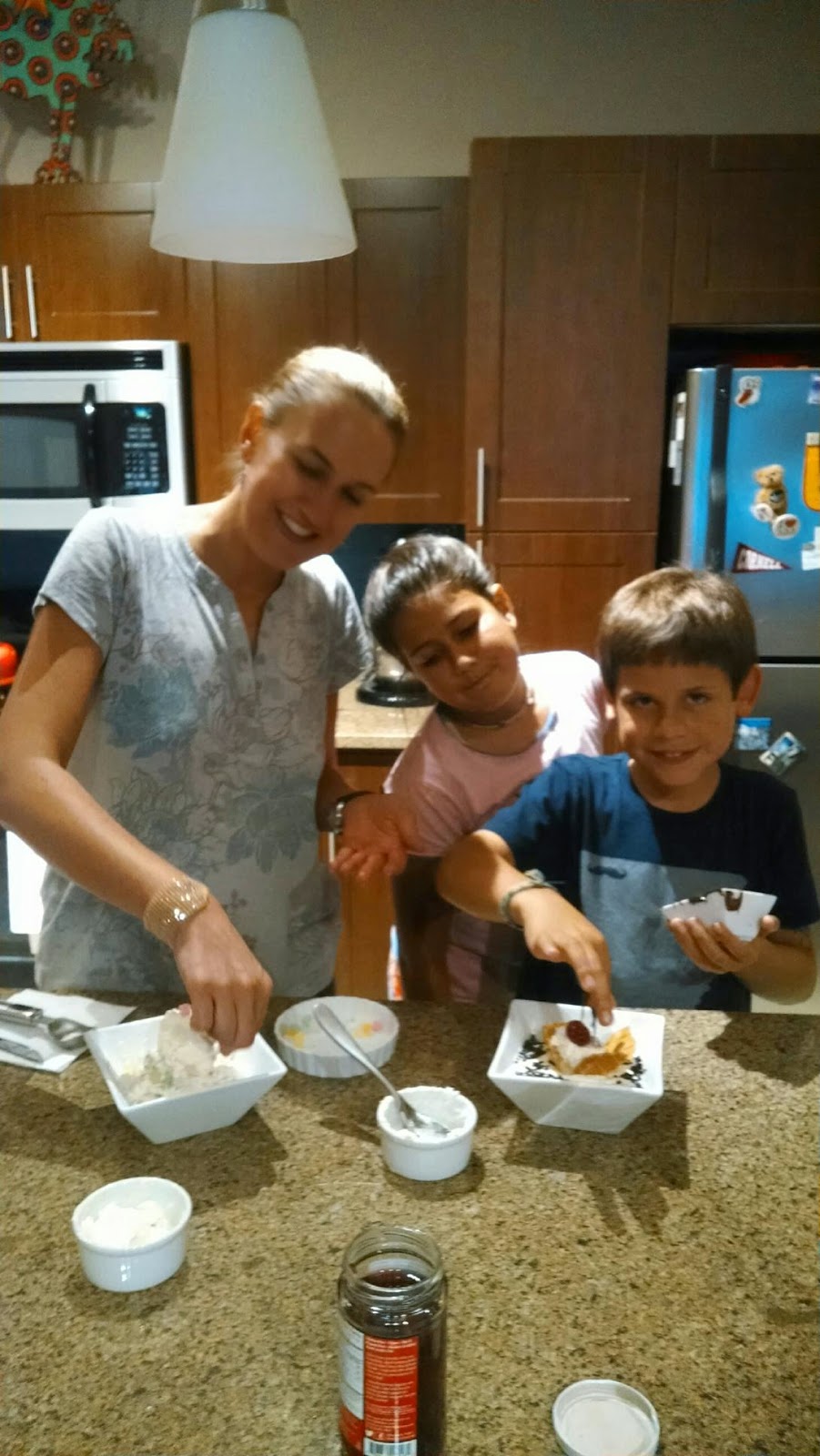 Caption: It's a collaboration, not a competition (Um, Cecelia? Uncle Mike?)

Then we showcased our creations. 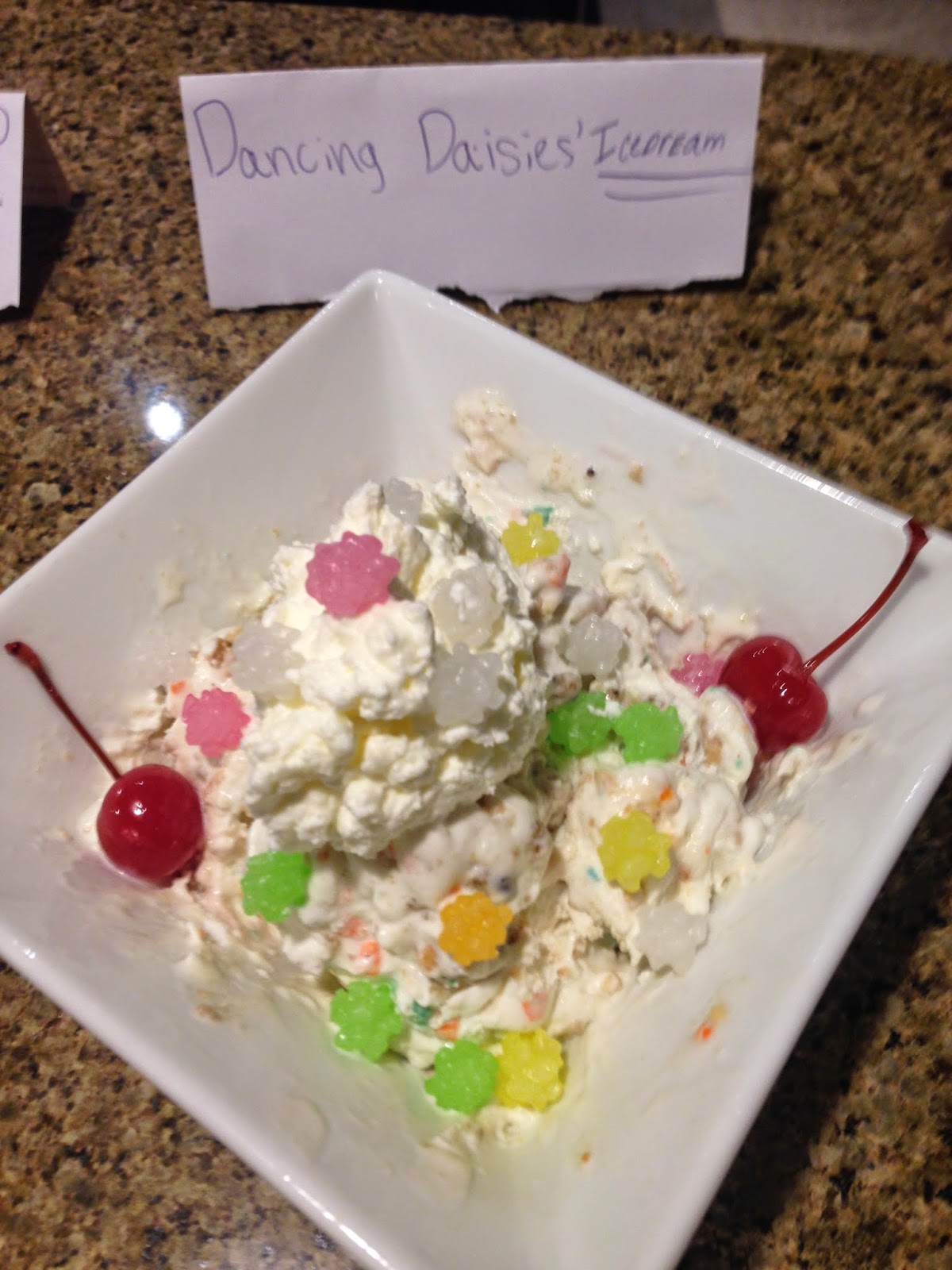 Caption: Giz's Creation from the company Dancing Daisies Ice Dream. It is a mixture of birthday cake (loosely) ice cream with cookie dough, Japanese rocket candy Effie brought from a trip (think best rock candy you ever had) and maraschino cherries. The inspiration was Uni Kitty from The Lego Movie. Winning Category: Texture 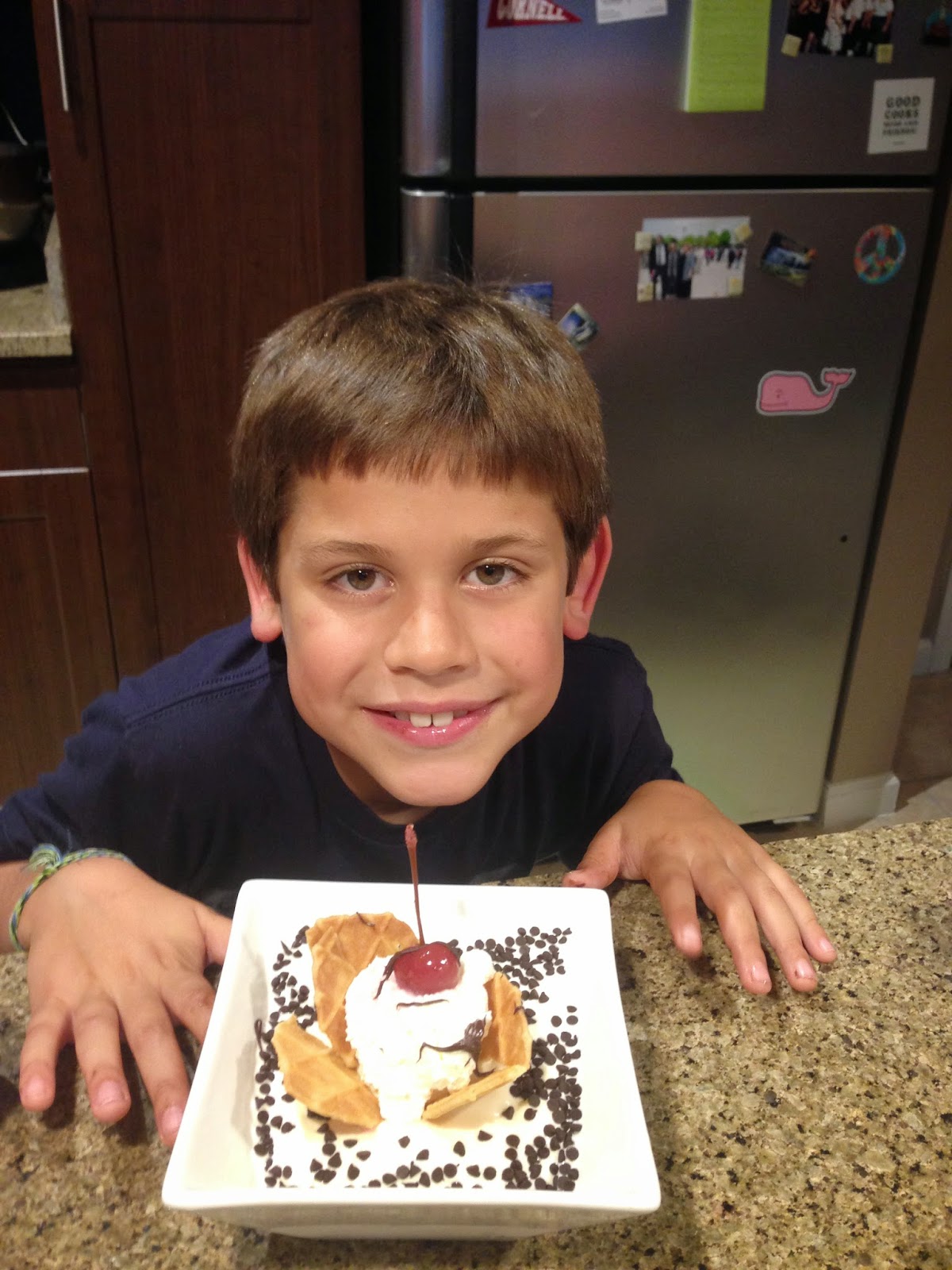 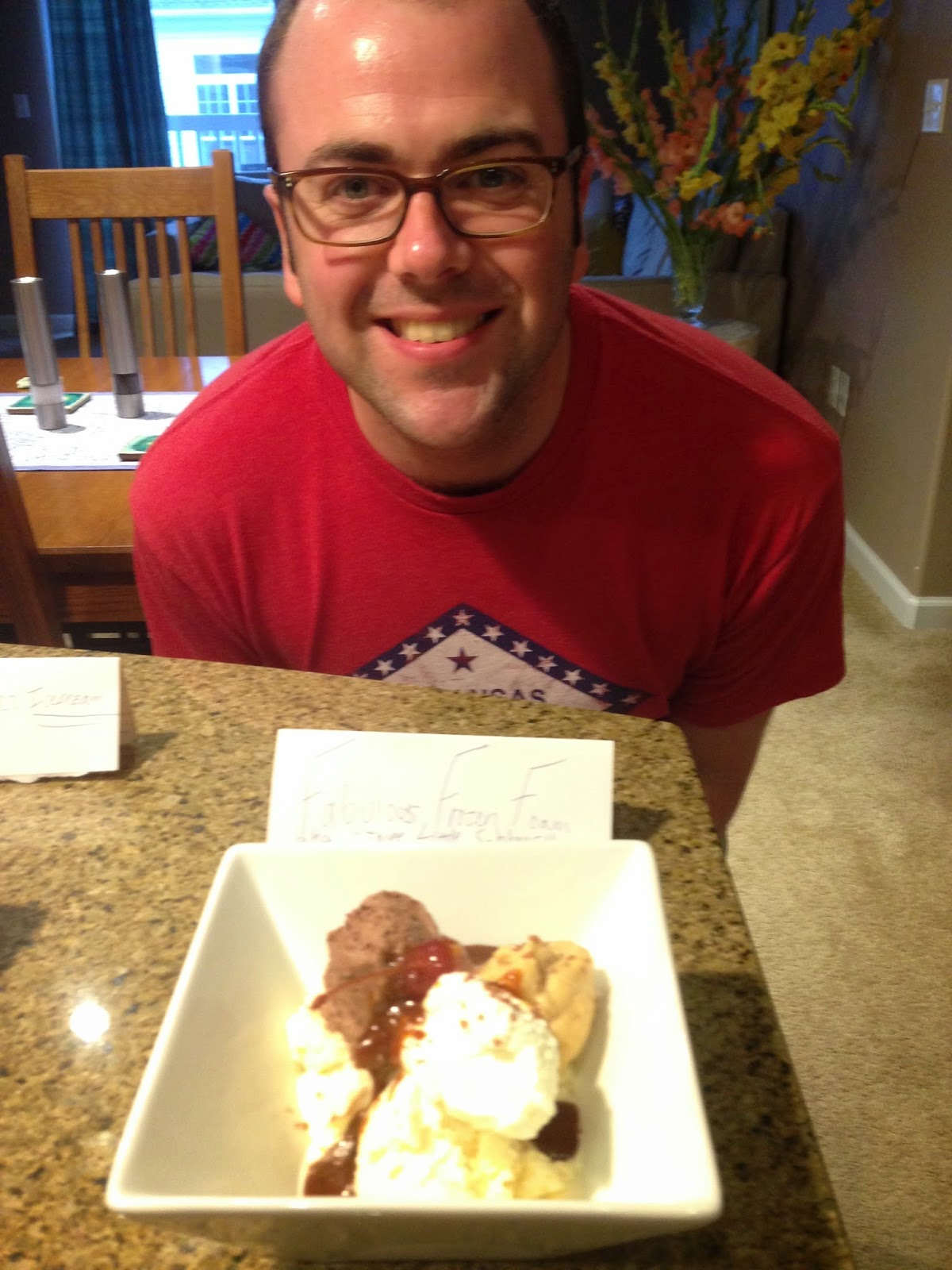 Caption: Uncle Mike won for darn I forgot. Because I hate to lose anything to him. His company was Fabulous Frozen Foam aka My Three Schlags. I'm going to screw this up royally, but he flavored schlag in three different amazing ways and did some caramelized sauce that smelled and tasted incredible over vanilla ice cream. He is a freaking trained chef and food scientist so he had a big handicap. We made him work only with his feet. Kidding. 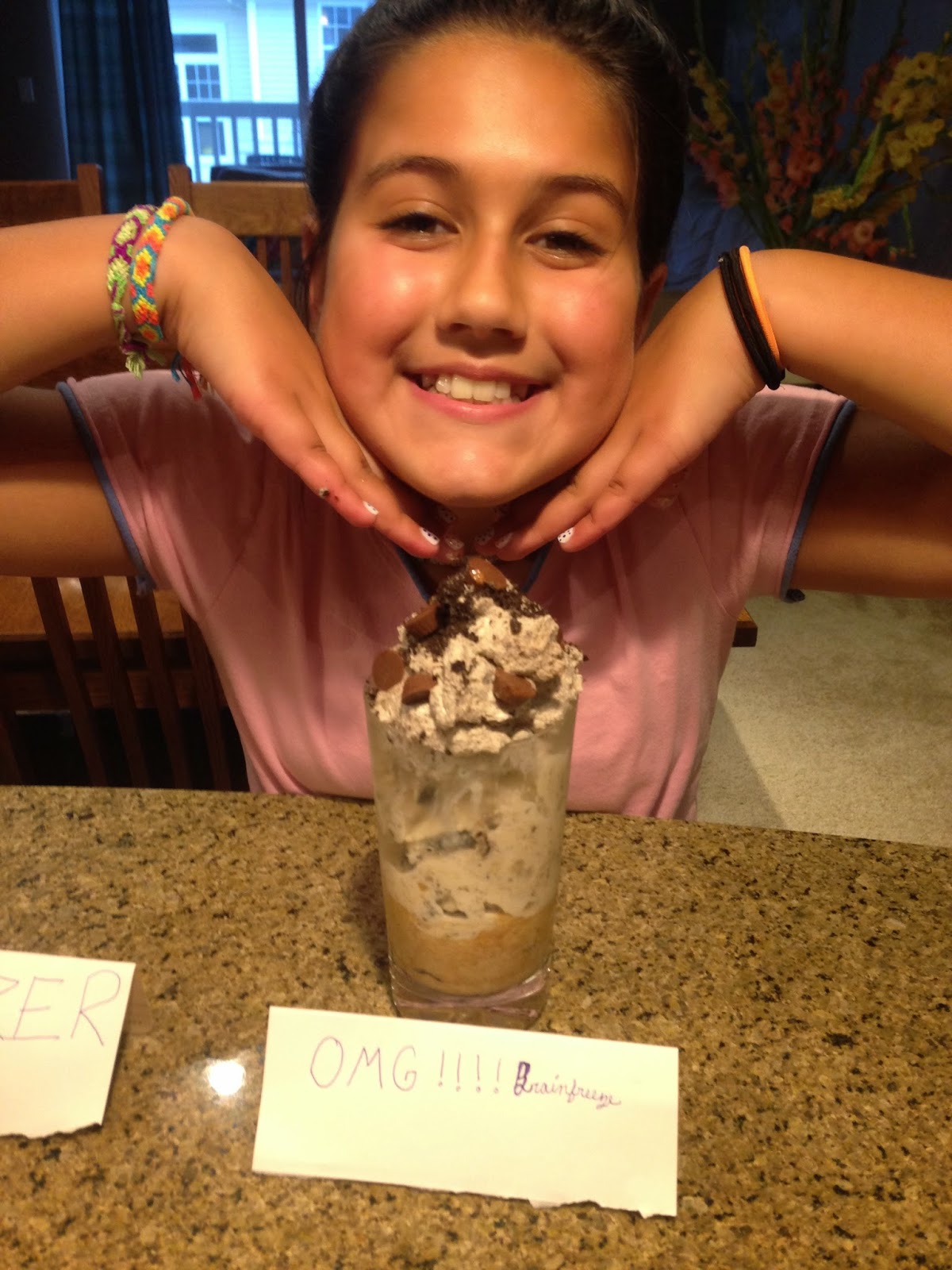 Caption: Cecelia's OMG!!!!Brainfreeze trademarked creation. The oreo cookie schlag on top was good, but the ice cream mixed with natural peanut butter and oreo cookie bits and mini Reese's pieces stole the taste category. I gained five pounds on this trip darn you all and swam a mile yesterday to try to begin to burn it off.

It was the best last night of a trip I've ever had. And the fullest. What's a competition without a subsequent gorge? 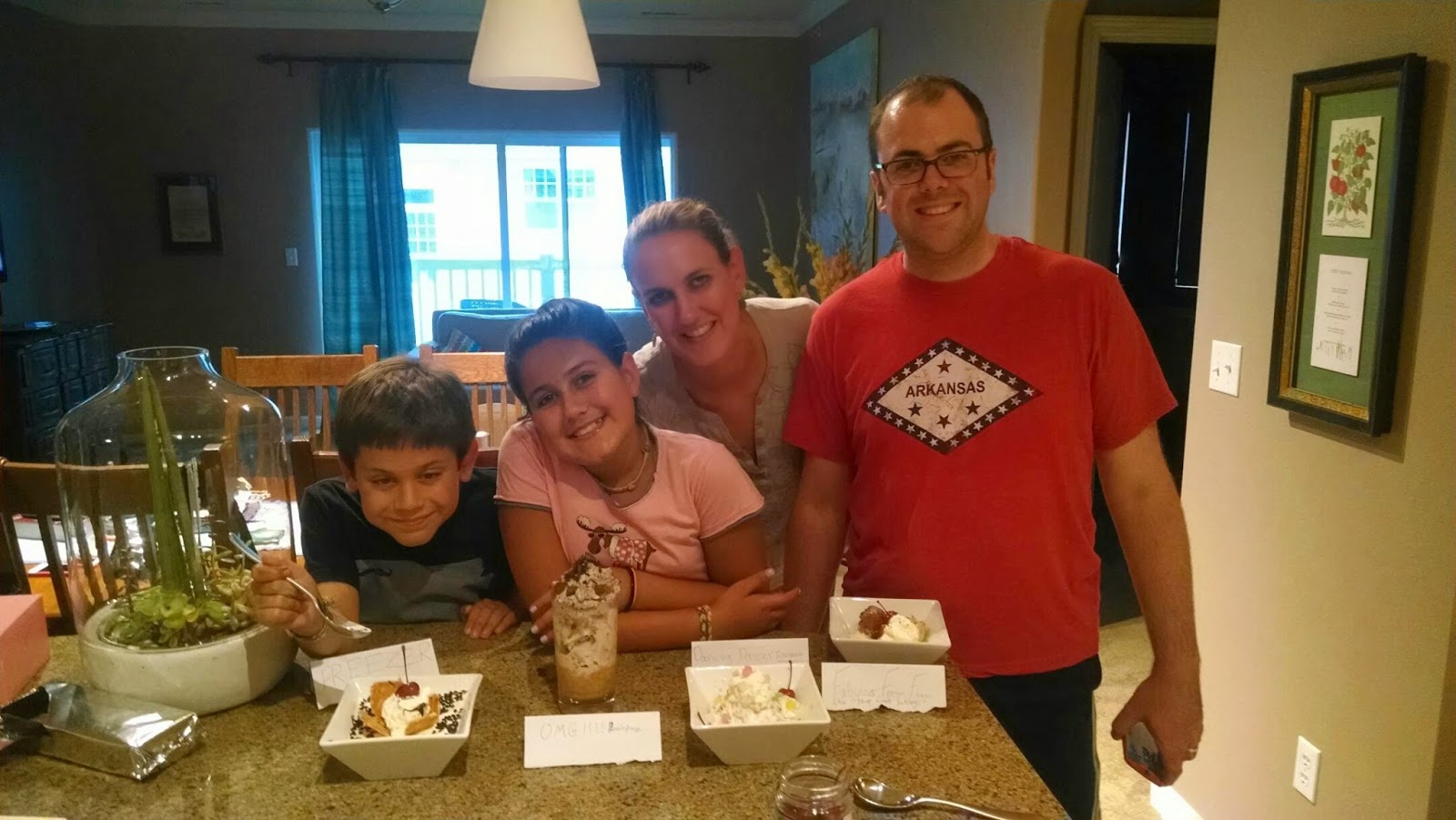