It is the one week anniversary of a large tornado that ravaged our state. Last week at this time my boyfriend and I were just turning the news off. Our family was safe, we were safe, but we knew that a section of the state was ravaged and that we would make the national news the next day.

3,000 homes in Mayflower and Vilonia were deemed uninhabitable by the middle of the week. I texted my partner who drives to Conway to work regularly at that hospital and he told me about the horrible traffic and texted me pictures of the flattened buildings in the business district of Mayflower that is visible from I-40 during the commute. Another partner who was flying in from Virginia got stuck overnight in Atlanta because of the weather and she shared a plane in on Monday with syndicated news reporters from all over the country. I called my financial advisor on Tuesday to discuss college savings plans and he could not meet because of a family emergency. 15 people died during the storm. Two of them were his wife's cousins' sons - a couple who lost their home and their boys in one instant.

At my urging, he sent me a link to a website where they were collecting donations. My inbox was flooded all week with requests for supplies for relief and I was guilty for being too busy with work and kids to make it to the store, so I poured my grief into a donation for that couple. I sent my financial advisor, also a friend, an e-mail. "I cannot imagine your family's devastation." I thought of losing my own children and had to block the thought to protect myself.

On Saturday my boyfriend and I took my kids and two of their friends to Toad Suck Daze - an annual event in Conway, my old Hendrix College town. It started as a small town square festival back in my day and has turned into a mini state fair with rides and food and booths and games. But it's better than the state fair - there are buildings and trees for shade from the sun. And despite the crowds, the small town makes it feel safer. From the web site you can learn the origin of the festival name. "Long ago, steamboats traveled the Arkansas River when the water was at the right depth. When it wasn't, the captains and their crew tied up to wait where the Toad Suck Lock and Dam now spans the river. While they waited, they refreshed themselves at the local tavern there, to the dismay of the folks living nearby, who said: 'They suck on the bottle 'til they swell up like toads.' Hence the name Toad Suck. The tavern is long gone, but the legend and fun live on at Toad Suck Daze."

There was still traffic - the drive should have taken 25 minutes but rubberneckers slowed it down to over an hour. As we reached the outskirts of Mayflower we started to see signs of the aftermath. Broken tree limbs. Scattered debris - building ducts. Clothes and other personal items hanging from tree limbs. Ravaged billboards. But nothing, no amount of pictures of overturned tractor trailers or flattened buildings could have prepared me for what we witnessed. Skeletons of buildings with twisted metal frames. They looked like they had exploded but there was no fire, no burning, no evidence of a bomb. It was just nature having it's way. Scattered clean up crews clustered like ants. I took as much as I could in visually in the five minutes we passed through the town, and then it was over. For me anyway.

Toad Suck Daze was a whirlwind and a blast. I pointed out old landmarks and we ate way too much sugar - Cotton Candy and Root Beer Floats and Sno Cones. Turkey Legs and Corn Dogs. We got air brush tattoos and bought bows with quivers and arrows. We've had fun today setting up stuffed animal targets in the house and practicing our aim with the safe foam tipped weapons.

I get daily e-mails about the progress of the fund raising effort for the family to whom I made my donation - I don't know their names but I can see the picture of the couple and their sons that they posted there. $27,000 by Tuesday. $55,000 by Thursday. Yesterday on the way back from Conway they reached their goal of $100,000 and closed the site. Time to rest, grieve, and rebuild. I hope they find a reason to hope again during their lifetime. I don't think I could. 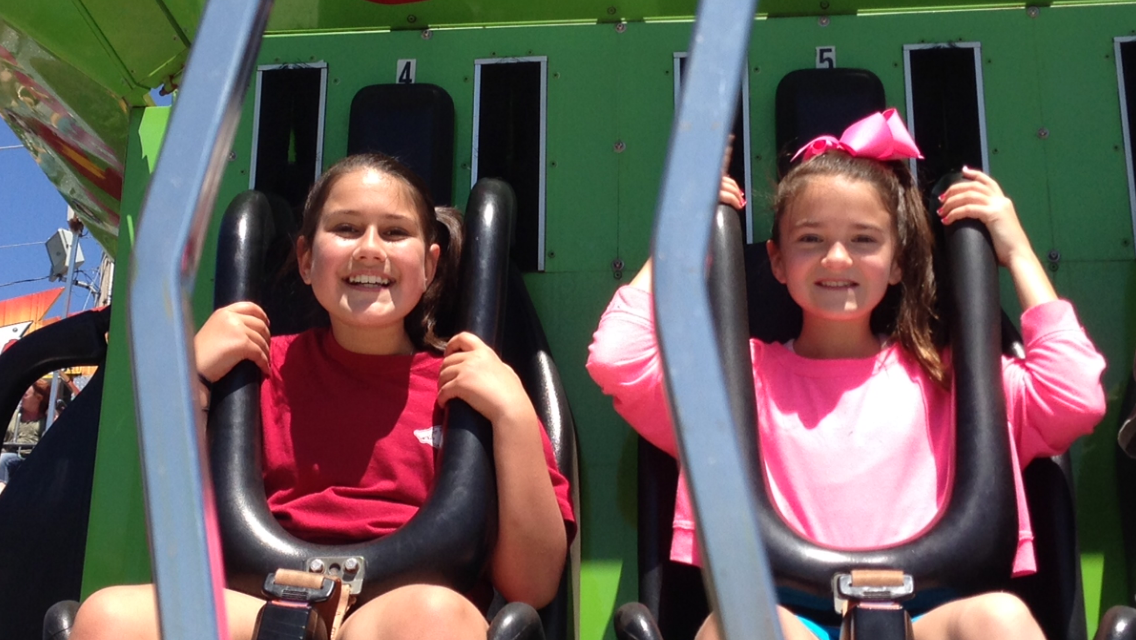 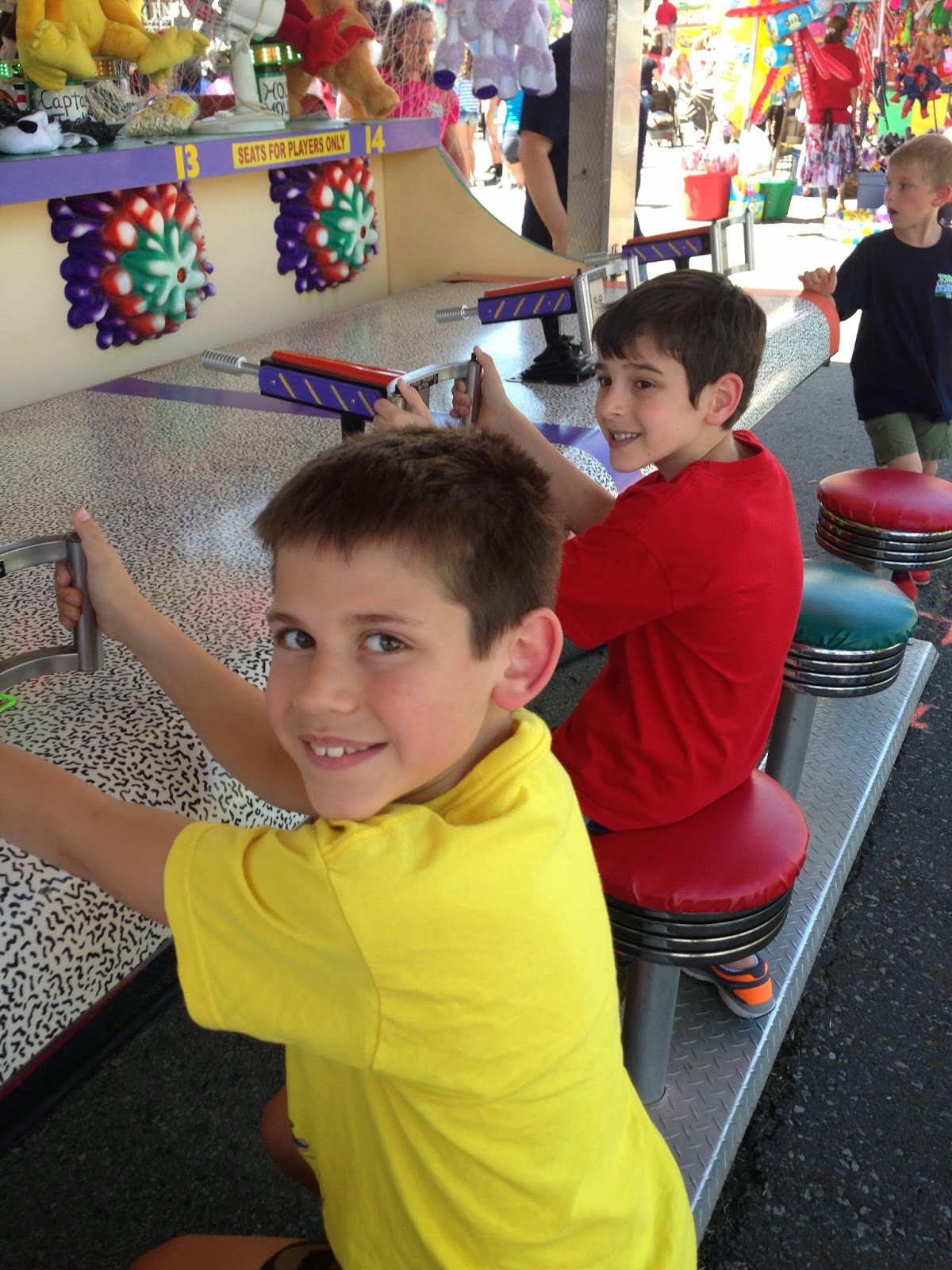 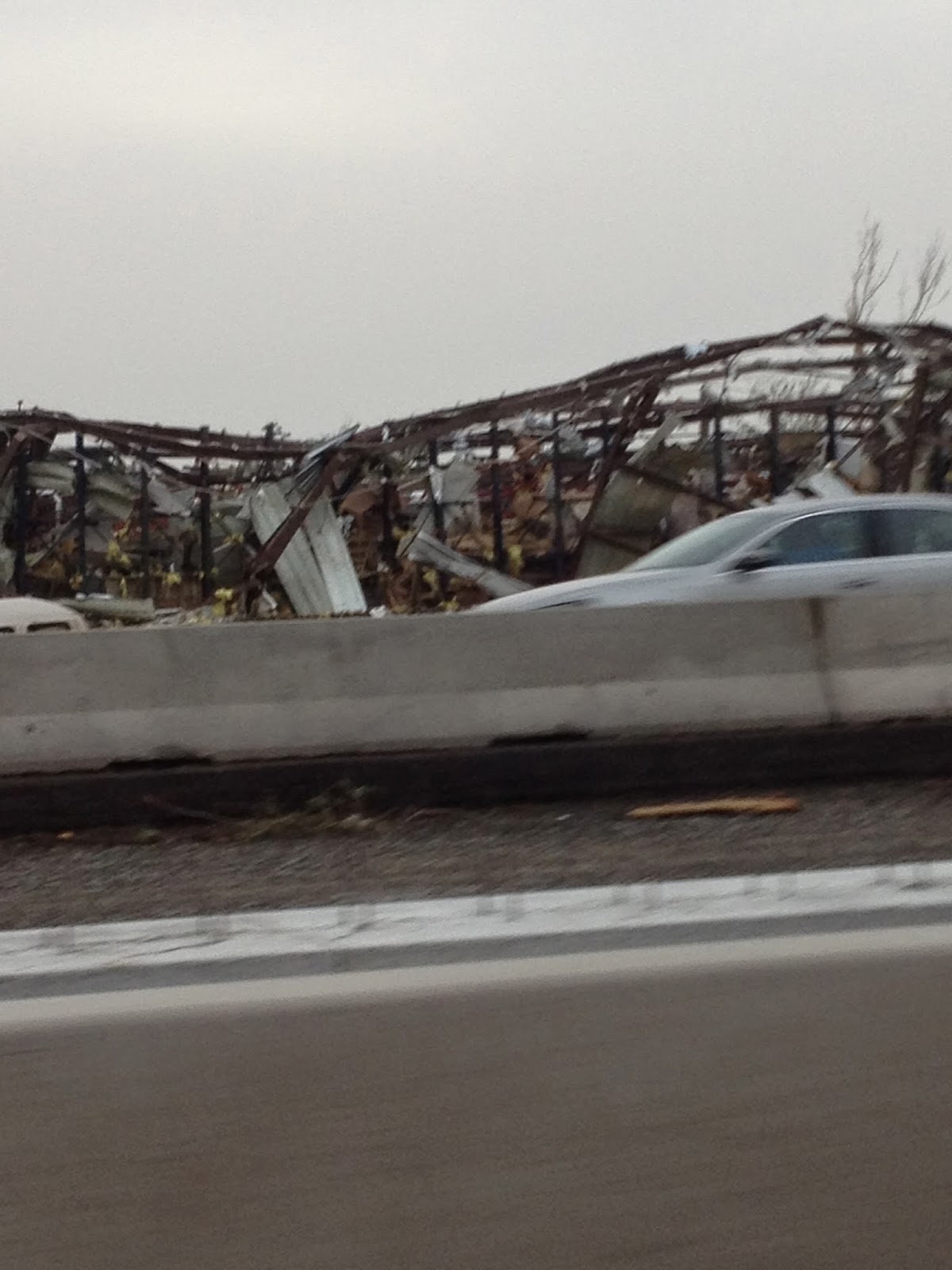 In the midst of our desolation may we all find deliverance.