I am a homeowner! I won oops own my very own winning home.
Last night I attended my groups yearly stockholder's meeting. I love the stockholder's meeting - we meet at a country club and have a wonderful (ownderful) meal. I had shrimp skewers with an amazing spicy as hell sauce and caramel bread pudding. And I got to taste my partner's paradise pie. We talk a little business, but the evening is liberally doused with fun.
The business manager usually fills the beginning of the notebook with cartoons. This year, there was an additional page with medical chart mishaps. Michelle and I laughed out loud at number three.
"Exam of the genitalia reveals that he is circus sized."
One of my other female partners pointed out that circus sized can span both ends of the extreme, small and large.
Here are some of the other entertaining ones:
"She stated that she had been constipated for most of her life until 1989 when she got a divorce."
"Rectal exam revealed a normal size thyroid."
"Both breasts are equal and reactive to light and accommodation."
"She can't get pregnant with her husband, so I will work her up."
"The patient has no past history of suicides."
"The patient refused an autopsy."
"Between you and me, we ought to be able to get this lady pregnant." 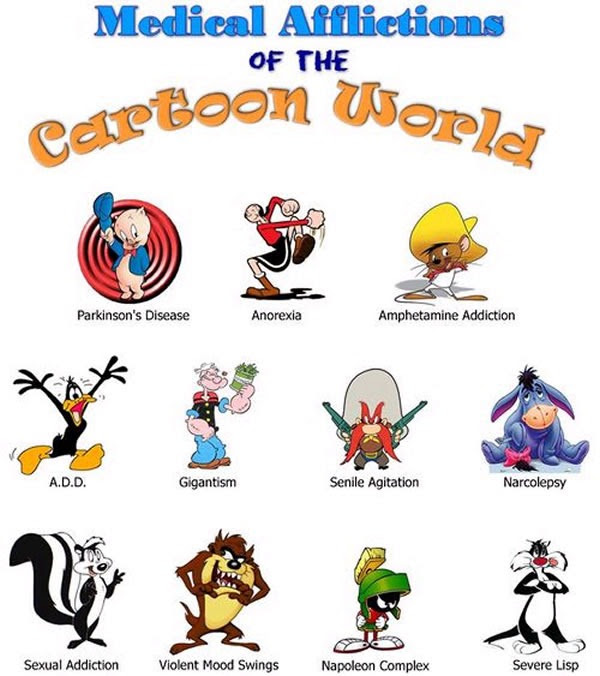 The above was listed under a page called Advanced Training for the Future Physician. I truly love my group. Darn it, I can't figure out why the entire cartoon doesn't show well in my post - it looks just fine in preview. You can google it if you want to see the rest - you really aren't missing too much.
Tonight after I closed on my house I went to my parents to pick up my kids. Sicily was swimming with my dad and Jack was playing my parent's now month-long obsession - some iphone zombie game - with my mom on the couch. After I cooked a grilled cheese, I drove home with the kids - sunroof down (although Jack was constantly cautioning us about witches and zombies). When we pulled into the garage, Sicily asked if we could just listen to music and sing for a while. So we did.
Last night in this house. Kids are so excited to spend the moving day with their summer babysitter Caitlin, and judging from the number of texts I received from Cait today - she is pumped as well. Jack and I lounged on Sicily's bed while she acted/read her latest chapter in her new book - she is on a writing obsession since she completed her twelve week reading goal in three weeks and can do whatever she wants during accelerated reading class (yes, I'm bragging about my daughter. She's pretty awesome).
I love her grasp of language. Chapter 2: New Edvenchures. Now that is exactly how that word should be spelled. Go C. "Lily and her unicorn met Princess Ariel, and she sent them on a quest. To find the lost crown. Ariel said that it was lost."
Sicily said after she read it, "Oops, that doesn't sound right. I repeated myself."
I cracked up. "No, I love it! Make it comedy. Go figure. The lost crown is lost. Who would have guessed that?"
So we did. Acted it out over and over in fits of giggles. Jack joined in, even though he didn't really get it.
Happy kids. Happy moving day. Happy me. Happy girl.
Posted by Gizabeth Shyder

I never thought about cartoons as archetypes of psychopathology before. I'm never gonna be able to watch them again without rorschach blots in my hand.

Mazel Tov on the house. Now you can join the rest of us in the "Housetrap." (Hilarious movie; if you haven't seen it--you probably shouldn't right now.)

Mother- this is sixth house actually. Ex and I moved a lot. But my first very own.